The S. D. Bechtel, Jr. Foundation sought to advance the durability and relevance of California's protected lands network to support a resilient environment and healthy communities.

As the Foundation pursued this goal across the decade beginning in 2009, its work built on increasing awareness of the opportunity for cross-jurisdictional partnerships to steward protected lands at large scale -- and on the need to rethink management of California's spectacular state parks system. The state parks came under signifcant threat as the state faced a budget crisis in 2009; the Foundation became a major funder beginning in 2013 when that system's future remained in question. The Foundation's protected lands strategy would come to be defned by these twin approaches -- investing in partnerships to steward large landscapes in California, and in transforming the California Department of Parks and Recreation, the agency responsible for state parks. These elements overlapped and were integrated over time. The strategy also featured capacity-building grants to key organizations, with a particular focus on land trusts.

The Foundation approach was facilitative and adaptive, continually enhanced through learning. Grantees were encouraged to identify the supports that would make the greatest difference based on their respective circumstances, assets, and aspirations. Foundation strategy drew on available evidence to combine bold thinking with pragmatic practices. Overall, the Foundation's work was relationship-centric, with program staff spending substantial time with grantees as well as other organizations and groups important to stewarding public lands in California.

This reflection includes background on Foundation investments in the protected lands portfolio. It further describes context and strategy for the work of the Foundation and its grantee partners. It concludes with key takeaways, formulated by Foundation staff, that might benefit other funders, policymakers, and organizations pursuing effective, large-scale stewardship of protected lands. 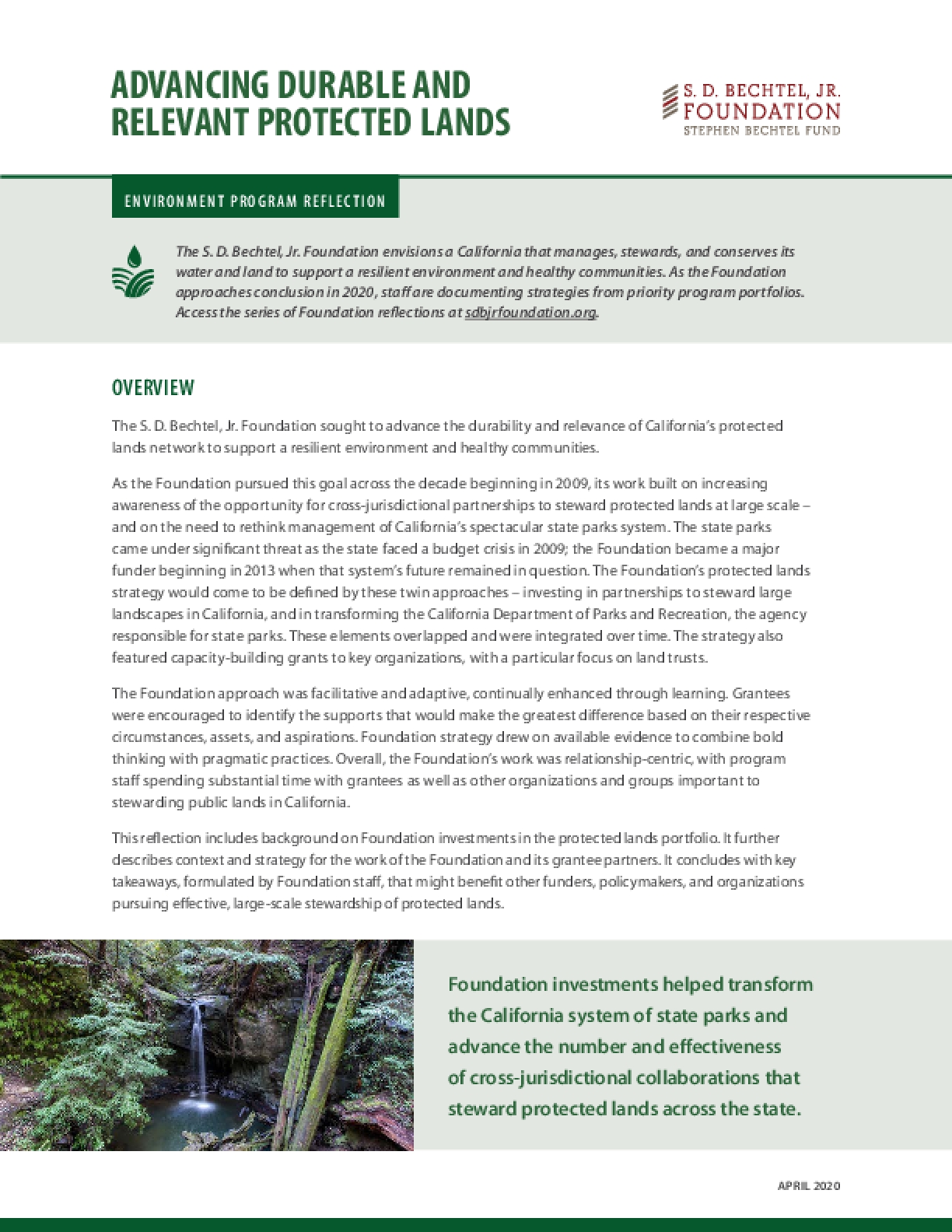