The focus of the analysis is whether conservation and renewable energy and energy efficiency payments to U.S. farmers are "green box" programs and thus exempt from reductions on agricultural subsidies that the United States and other countries have agreed to as part of an effort to reduce aggregate levels of so-called "amber box" subsidies. Stated slightly differently: Does it matter for the purposes of international law and WTO-related international commitments what proportion of the total United States government subsidies are paid to farmers in the form of conservation and renewable energy and energy efficiency payments, as opposed to the many other forms of farm subsidies, especially commodity payments, that are used by the United States government? The short answer is "yes." 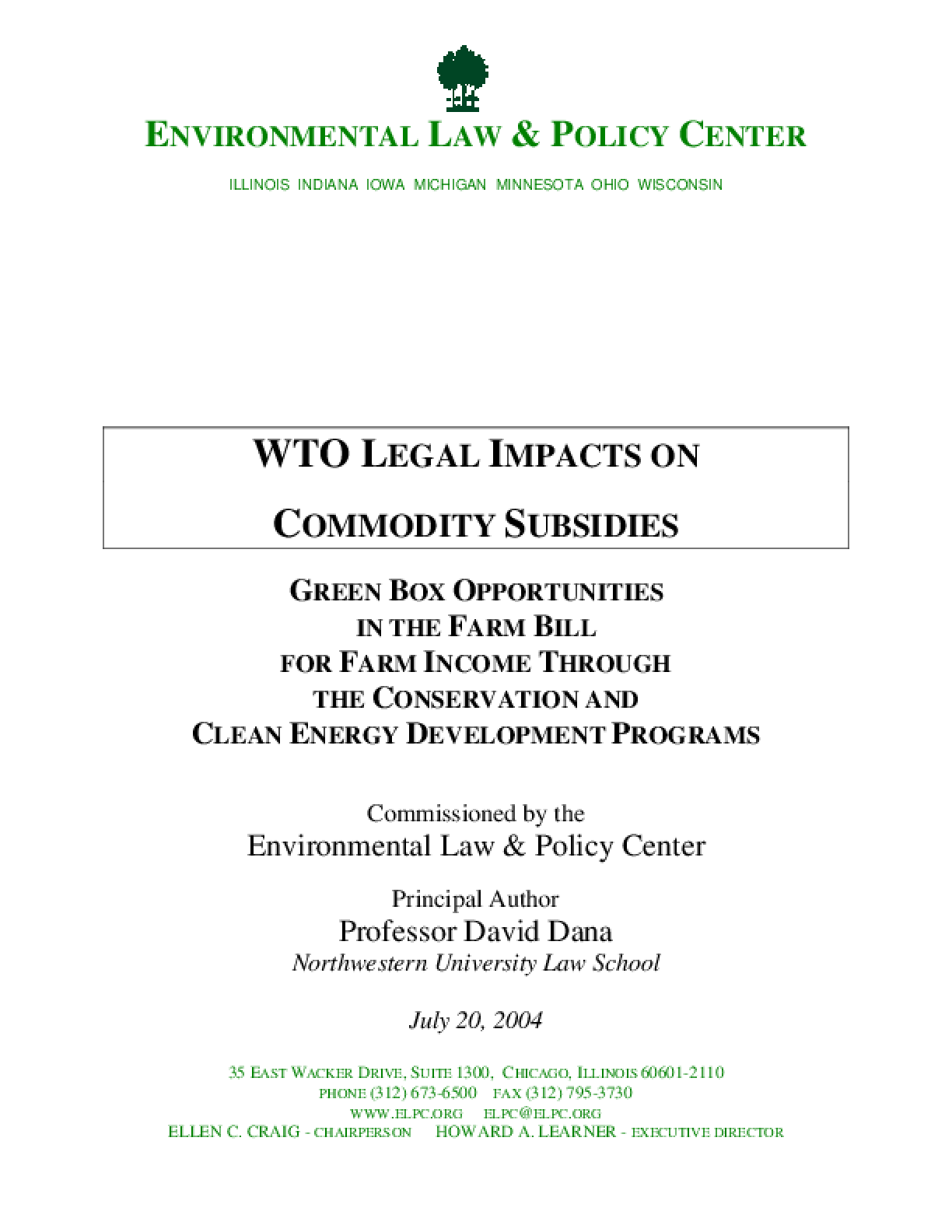