The danger of deflation has been rather frequently mentioned recently among numerous concerns over the European and partly American economies. Analysts cite the Japanese economy which has been suffering from deflation for the last two decades despite the large investments in economy and the government's efforts to increase inflation. Similarly, notwithstanding many trillions of dollars, euros, pounds and yen that were invested in economies over the past few years, the inflation in the Western countries still remains low. On the whole, there are reasons to maintain that European countries suffer from 'the Japanese disease', and this disease can progress or even become chronic. The USA, albeit to a lesser extent, has signs of the disease as well. As a result, the financial infusions can become permanent, as it happened in Japan. The present paper defines reasons of the problem, explains the irregularity of the inflation-deflation processes in the world and also offers some forecasts on this basis that the crisis-depressive phase of development in the global economy will continue for a relatively long time. Based on our analysis of available resources and the theory of long cycles, we suppose that the new crisis will begin in 2020–2021. We also suppose that in the next 5–10 years, the global economy will continue being in the crisis-depression phase with rather sluggish and weak rises. The paper also offers some forecasts for the forthcoming sixth Kondratieff wave (2020 – the 2060/70s), identifies its possible technological basis and discusses possible consequences of the forthcoming technological transformations. 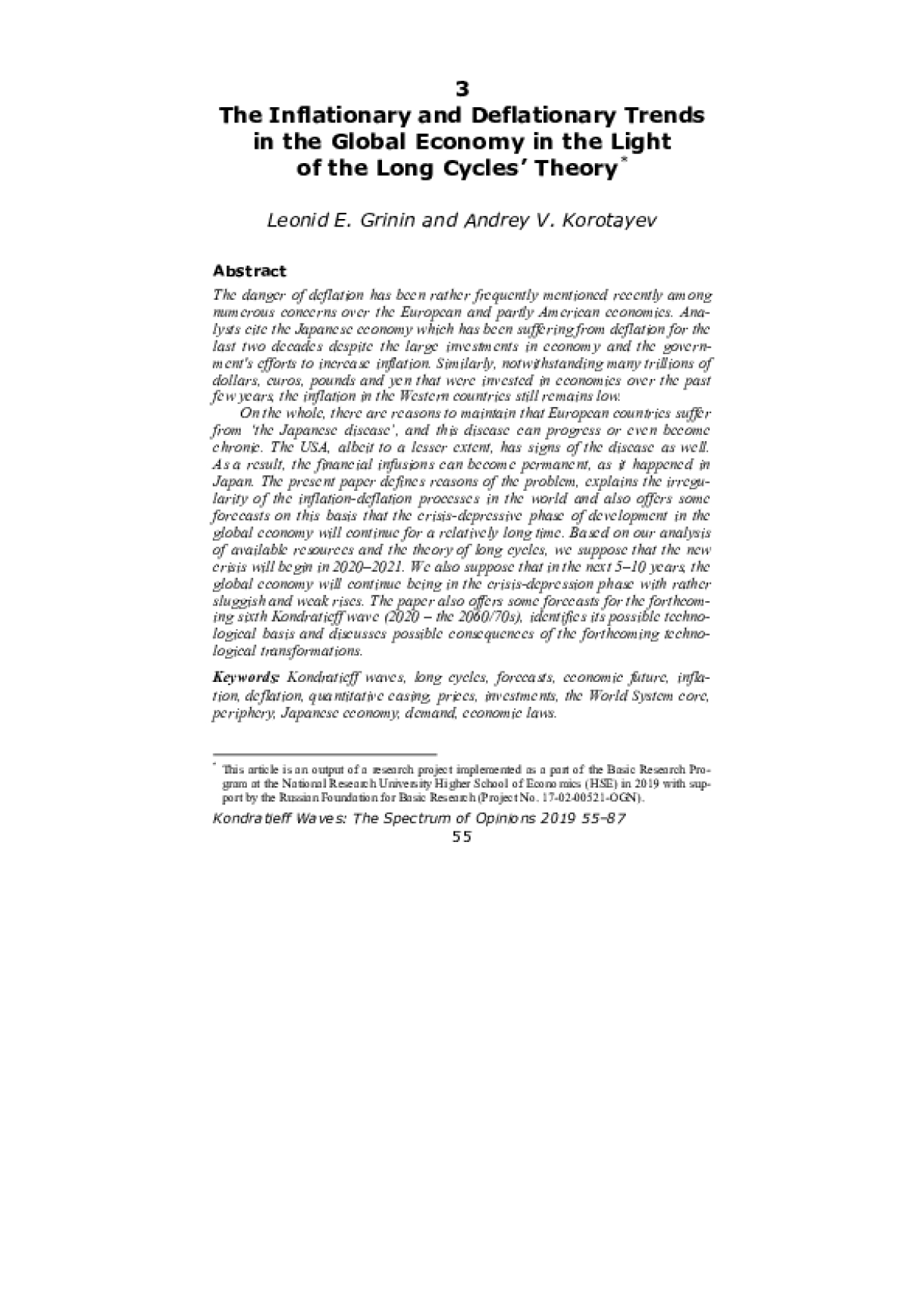