*Elderly households are much less likely to receive help through the Supplemental Nutrition Assistance Program (SNAP) than non-elderly households, even when expected benefits are roughly the same.

*The number of food-insecure seniors is projected to increase by 50 percent when the youngest of the Baby Boomer Generation reaches age 60 in 2025.

*It can be harder for seniors to protect themselves from hunger than it is for the general population. For example, one study found that food-insecure seniors sometimes had enough money to purchase food but did not have the resources to access or prepare food due to lack of transportation, functional limitations or health problems. 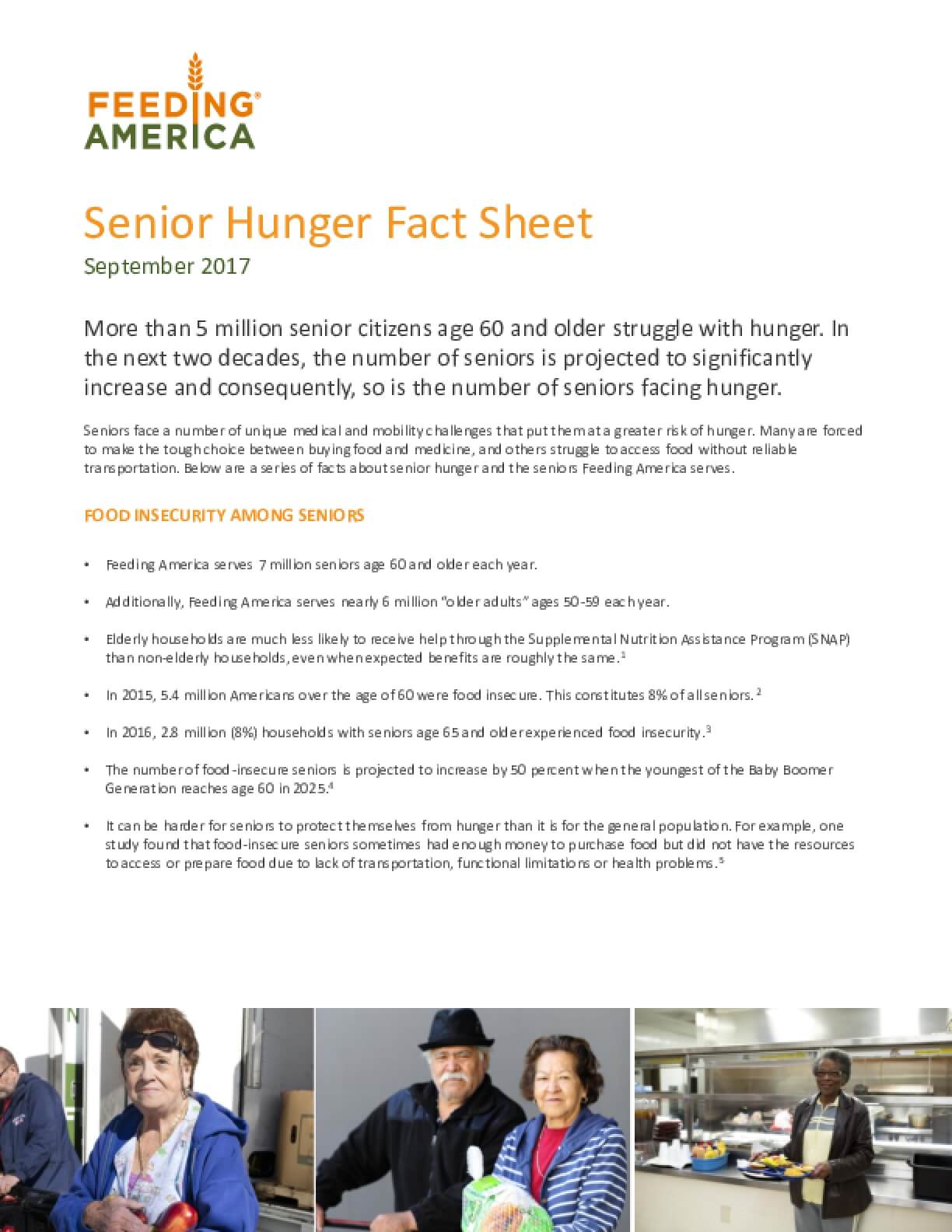