In October 2012, a new law was approved in Uruguay that allows abortion on demand during the first 12 weeks of pregnancy, 14 weeks in the case of rape, and without a time limit when the woman's health is at risk or in the case of foetal anomalies. This paper analyses this legal reform. It is based on 27 individual and group interviews with key informants, and on review of primary documents and the literature. The factors explaining the reform include: secular values in society, favourable public opinion, a persistent feminist movement, effective coalition building, particular party politics, and a vocal public health sector. The content of the new law reflects the tensions between a feminist perspective of women's rights and public health arguments that stop short of fully recognizing women's autonomy. The Uruguayan reform shows that, even in Latin America, abortion can be addressed politically without electoral cost to the parties that promote it. On the other hand, the prevailing public health rationale and conditionalities built into the law during the negotiation process resulted in a law that cannot be interpreted as a full recognition of women's rights, but rather as a modified protectionist approach that circumscribes women's autonomy. 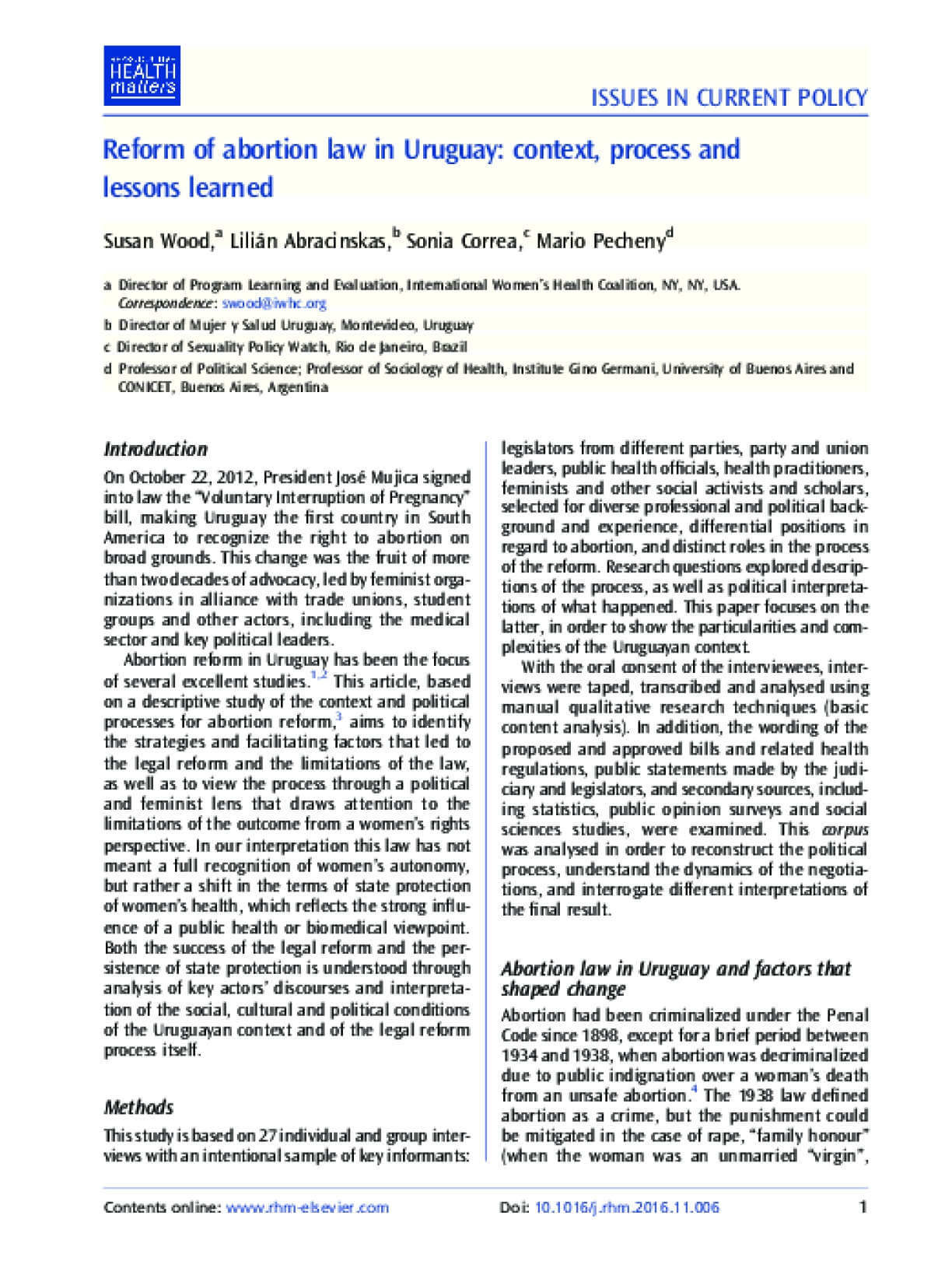