In 2000, there were 8,153 births to mothers under the age of 20 in the city of Chicago. Forty-one percent of those births (3321) were to teenagers 17 or younger. Research has demonstrated that teen mothers are more likely than other teens to drop out of school and become dependent on welfare. 2 When a teen mother does not finish high school, she is more likely to become trapped in poverty than her better-educated peers. With so many potential negative effects of poverty on the teen and on her child, it is critically important to help the teen mother finish her education while she is still young and more likely to finish. 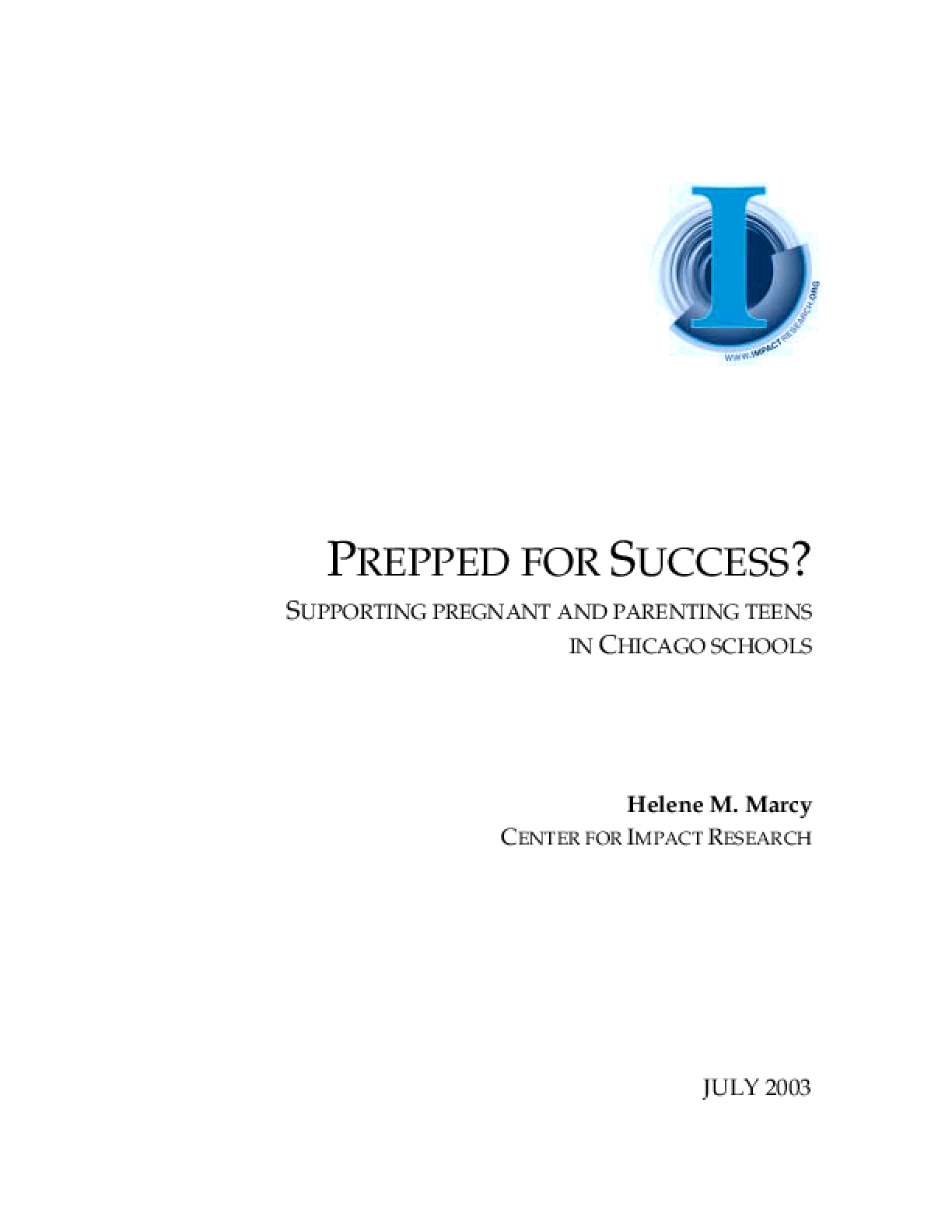