Paul Lazarsfeld and Media Reform at the Ford Foundation

Within communication and media studies, Paul Lazarsfeld is primarily known for his methodological innovations in the field of audience research. Yet, during the early 1950s, Lazarsfeld was asked to chair the Ford Foundation's Television Advisory Committee (TAC). This committee had been established by Robert M. Hutchins, then an associate director of the Ford Foundation. Hutchins had established the TAC as a means of continuing the work of the Commission on the Freedom of the Press, that he himself had chaired during the mid-1940s. Based upon material held in the Ford Foundation archives at the Rockefeller Archive Center, as well as material held at the archives of Columbia University and the University of Maryland, this paper provides an overview of Lazarsfeld's chairing of the TAC. It examines Lazarsfeld's relationship with both the commercial broadcasting industry and the media reform movement, two factions that had an interest in the work of the TAC, but whose relationship with each other was antagonistic. The paper argues that he was selected to chair the TAC because of his previous involvement with, and good standing within, the two factions. Ultimately, however, Lazarsfeld was unable to advance the cause of media reform within the Ford Foundation, and oversaw the production of a research report that was of little consequence, either to the development of television as a new medium, or to the case of media reform. 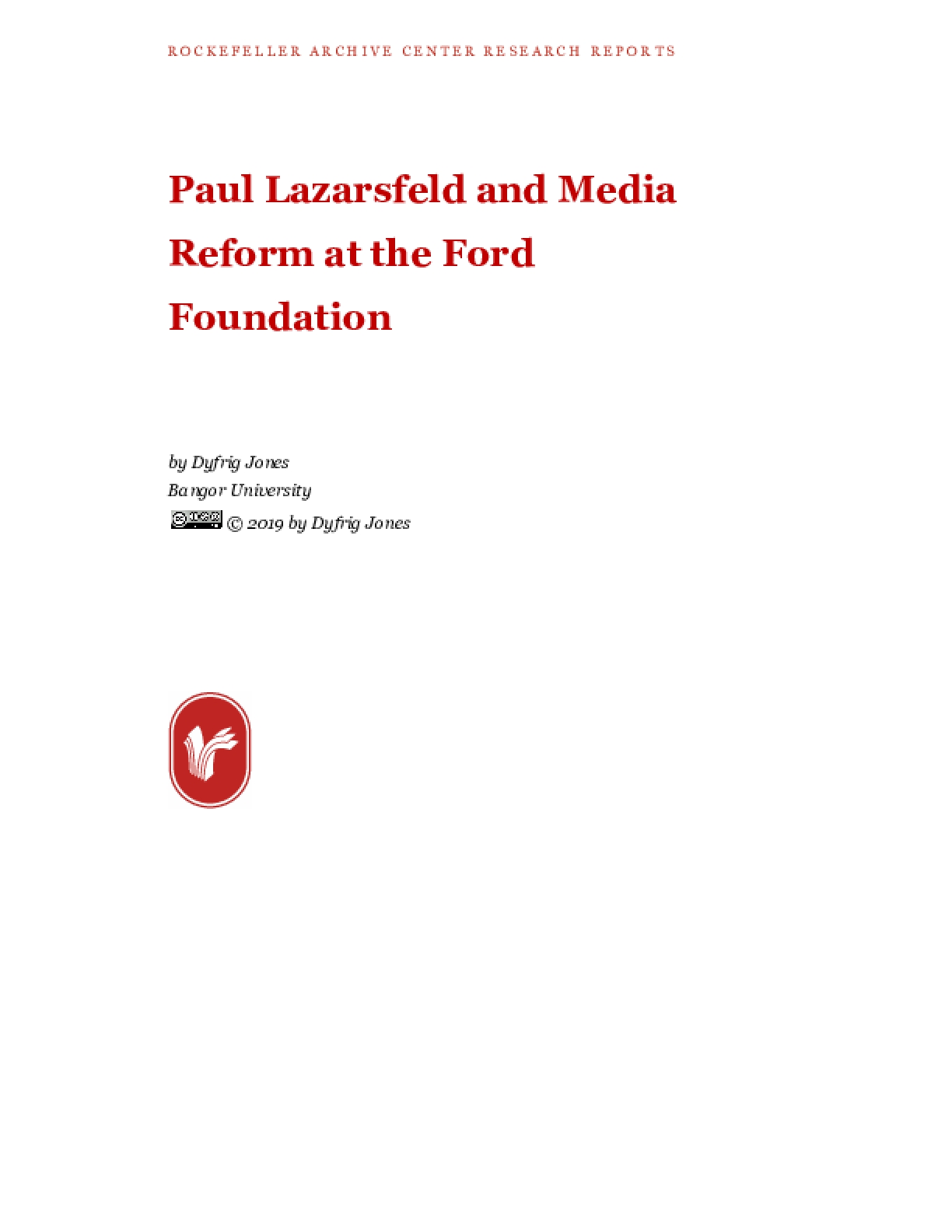