The focus of this Policy Brief is the Swiss referendum of 2014 against 'mass immigration' in Switzerland. It identifies the challenges that a quota on EU citizens' free movement rights to Switzerland would pose to EU-Swiss relations, considering: i) the value of freedom of movement in the EU and its indivisibility from the internal market and other economic freedoms; ii) the specificity of the EU legal system following the Lisbon Treaty that has established specific democratic and judicial accountability mechanisms; iii) the lack of supranational judicial oversight of the EU-Switzerland agreements framework; and iv) the existence of the so-called guillotine mechanism, according to whichthe termination of the Free Movement Agreement would entail the automatic termination of the other agreements with the EU. 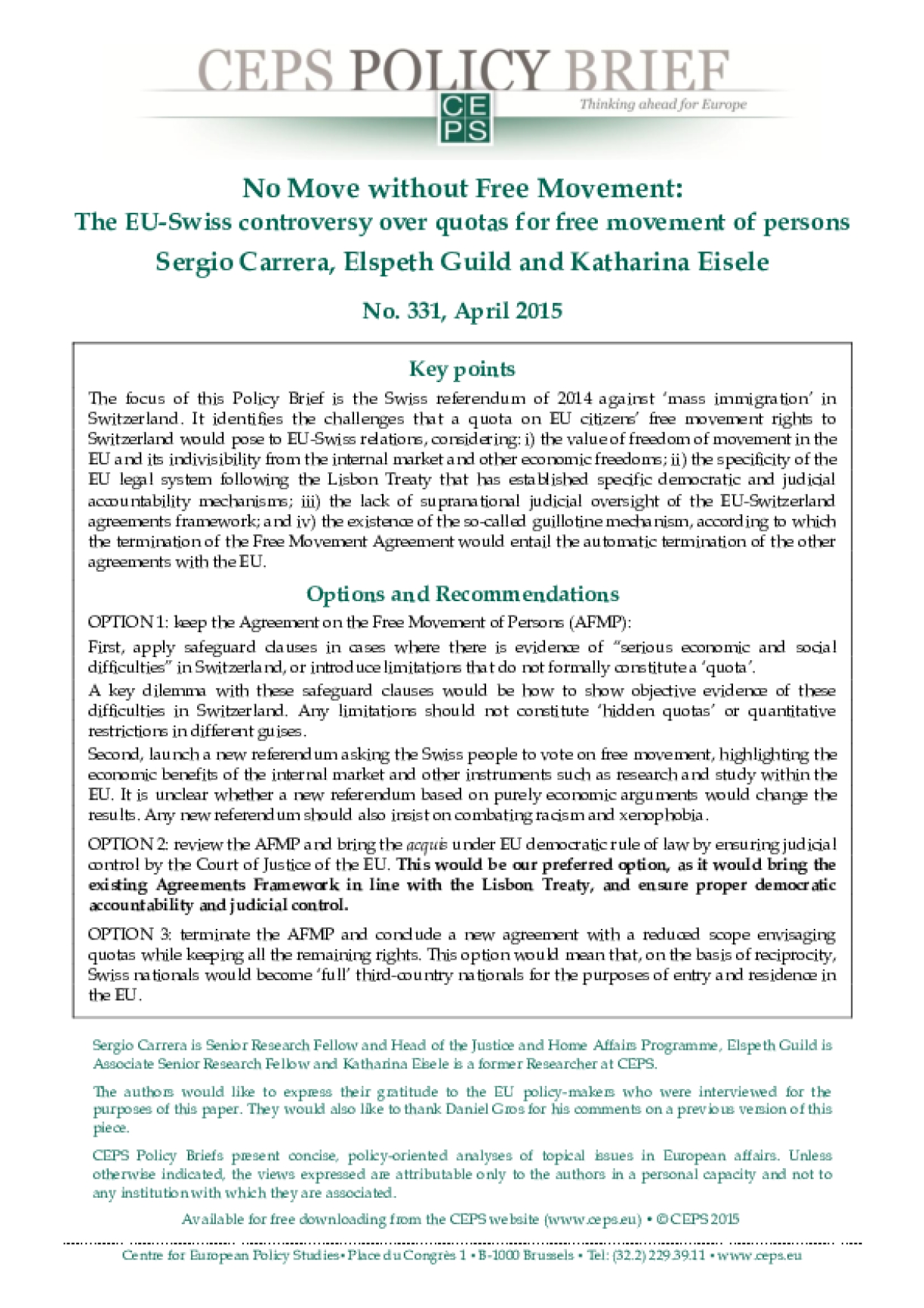