No Gain, Just Pain: Most Oregonians would not benefit from Measure 59, but they would lose public services

Imagine being offered the following deal: in exchange for more overcrowded classrooms, more Oregonians without health coverage and higher college tuition, you get . . . nothing. That is not a hypothetical scenario for most Oregonians. It is the raw deal contained in Measure 59 on the November 2008 ballot. Measure 59, which would allow an unlimited deduction of federal income taxes on state tax returns, offers no tax break to more than three out of four Oregon taxpayers. And yet the measure's hefty price tag -- more than $1 billion, or more than about 9 percent of General Fund revenues, each budget cycle -- would force deep cuts in Oregon's public structures. Voters rejected a similar scheme in 2000. Like its earlier version, this year's reincarnation of the unlimited federal tax deduction portends no gain, just pain for most Oregonians. Read OCPP's latest report No Gain, Just Pain: Most Oregonians would not benefit from Measure 59, but they would lose public services. Read OCPP's news release Costly Ballot Measure 59 Tilts Benefits to Wealthy, Leaving "No Gain, Just Pain" for Most Oregonians. 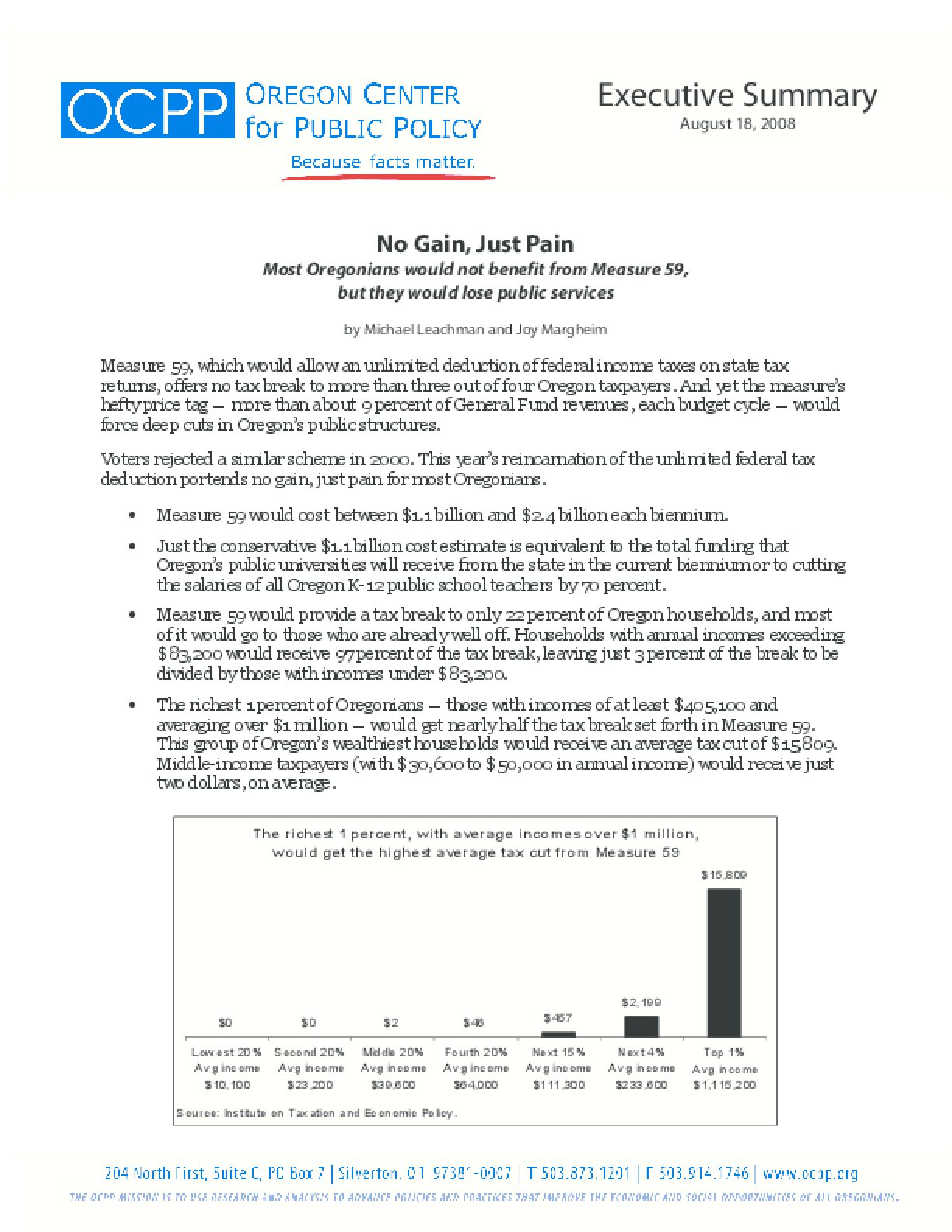