No Contest: Why expanding the Earned Income Tax Credit is better for working families and Oregon than the Tax Bracket Increase

Next year (2009), the Oregon Legislative Assembly may face two different income tax measures purporting to help working families.One plan, proposed by Republicans in the legislature, would double the size of Oregon's two lowest income tax brackets, doubling the share of income that is taxed at 5 and 7 percent (hereinafter, the "Tax Bracket Increase"). The other plan, proposed by Oregonians for Working Families, would expand Oregon's Earned Income Tax Credit (EITC) to 18 percent of the federal EITC. Which proposal is better? Read our latest issue brief No Contest: Why expanding the Earned Income Tax Credit is better for working families and Oregon than the Tax Bracket Increase or here in PDF. 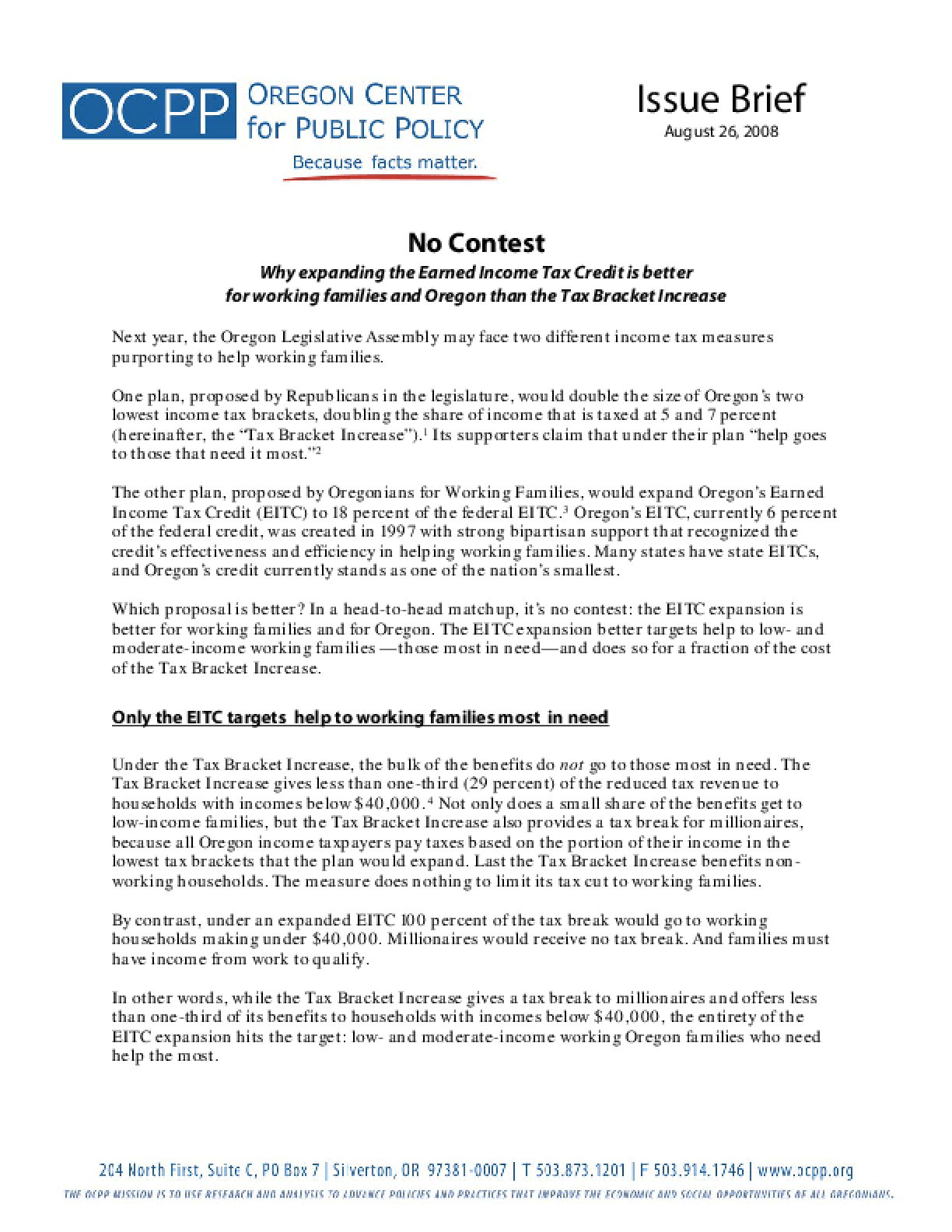