The £1 million Living Wage Special Initiative, launched by Trust for London in 2009, aimed to deliver "a step-change" in the number of employers signing up to the living wage and a consequent increase in the numbers of employees benefi ting from higher incomes. The Living Wage Special Initiative has used a combination of research, awareness raising and targeted campaigns, capacity building with other organisations in the voluntary and community sector to support the campaign and an accreditation process to provide formal recognition to employers adopting the living wage.

This report brings together the final round of research on the Living Wage Special Initiative undertaken over the summer of 2013 and shortly after the Living Wage Week in November 2013 with our evaluation findings over the previous four years of the programme. 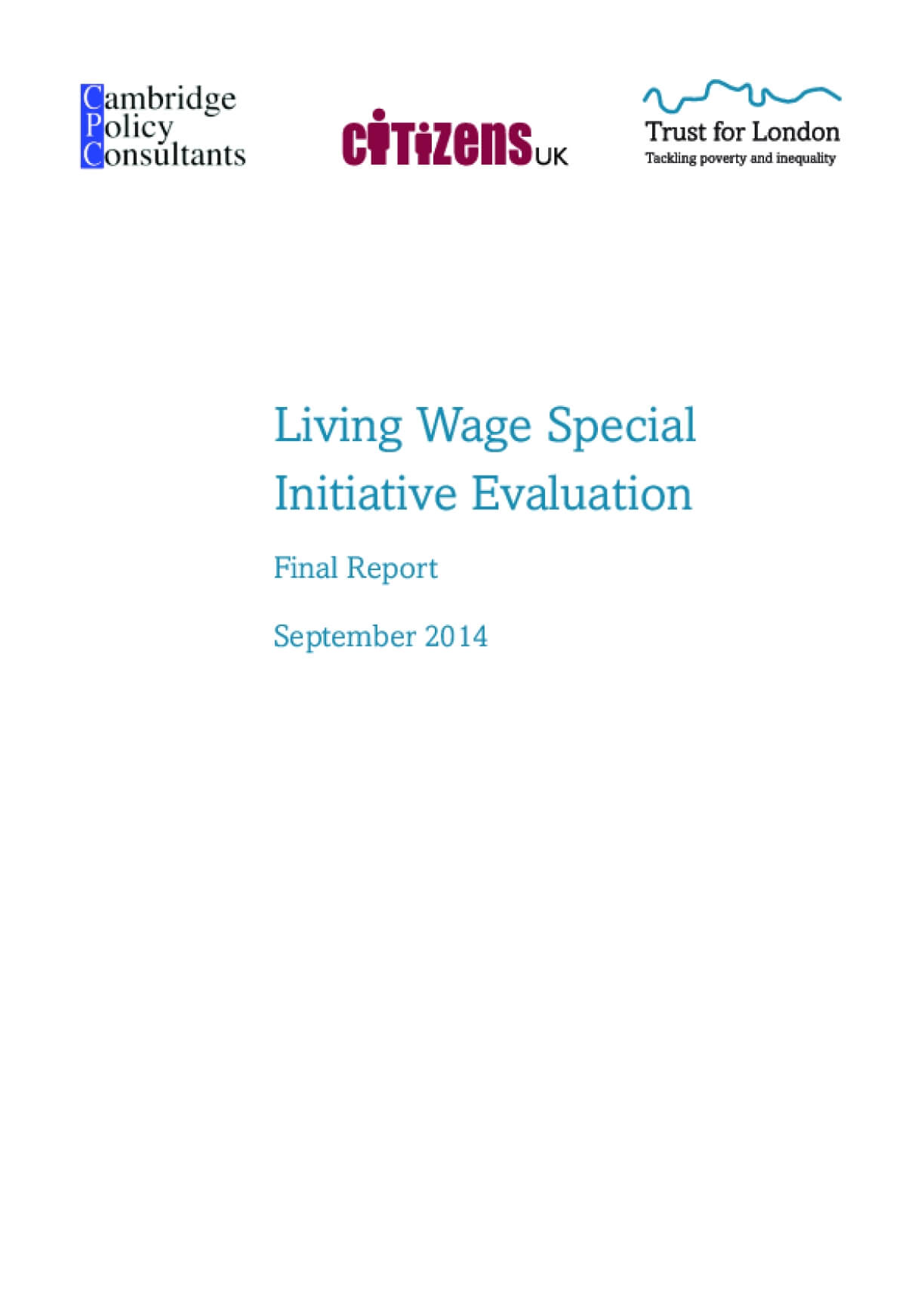