Key Questions When Considering a State-Based, Single-Payer System in California

By embracing implementation of the Affordable Care Act (ACA), California has decreased its uninsured rate to an all-time low of 8.5%. Nevertheless, a substantial number of residents remain uninsured, whether ineligible for public coverage due to immigration status or unable to afford coverage; quality of care and access remain uneven, and systemwide health care costs continue to rise. Recent actions by the current federal administration and Congress have called into question the stability of the federal ACA framework. The desire for a simpler, less costly, and more efficient alternative has drawn renewed attention to a potential state-based, single-payer health care system in California. However, "single payer" can mean different things to different people. At its most basic, "single payer" refers to a single centralized, publicly organized means to collect, pool, and distribute money to pay for the delivery of healthcare services for all members of a defined population. The potential of a state-based, single-payer system to deliver improved outcomes depends on policy decisions and design issues that have not yet been fully defined and vetted in California. This paper identifies questions and issues that bring into better focus what single payer could mean for California. 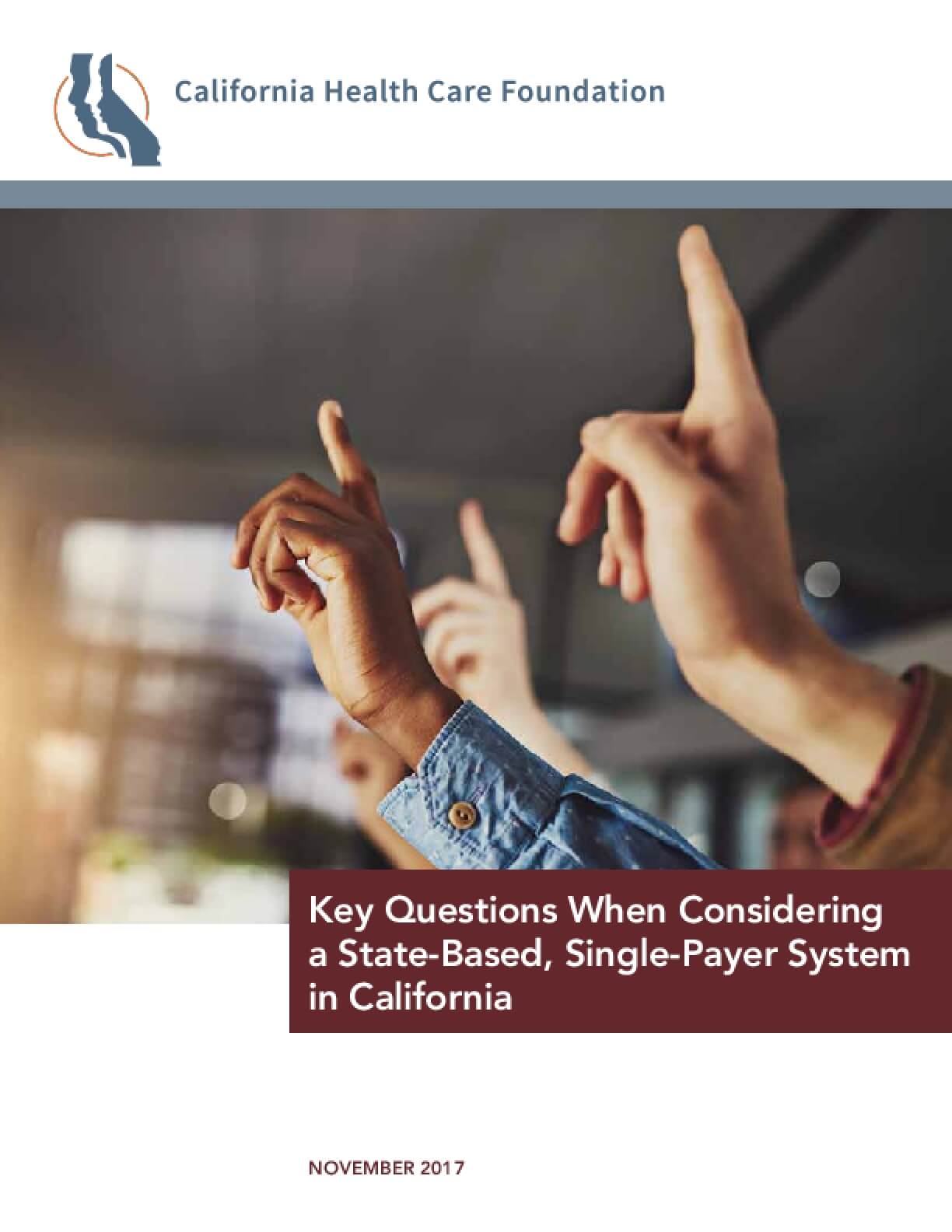