Estimating the Size and Structure of the Underground Commercial Sex Economy in Eight Major U.S. Cities

The underground commercial sex economy (UCSE) generates millions of dollars annually, yet investigation and data collection remain under resourced. Our study aimed to unveil the scale of the UCSE in eight major US cities. Across cities, the UCSE's worth was estimated between $39.9 and $290 million in 2007, but decreased since 2003 in all but two cities. Interviews with pimps, traffickers, sex workers, child pornographers, and law enforcement revealed the dynamics central to the underground commercial sex trade -- and shaped the policy suggestions to combat it. 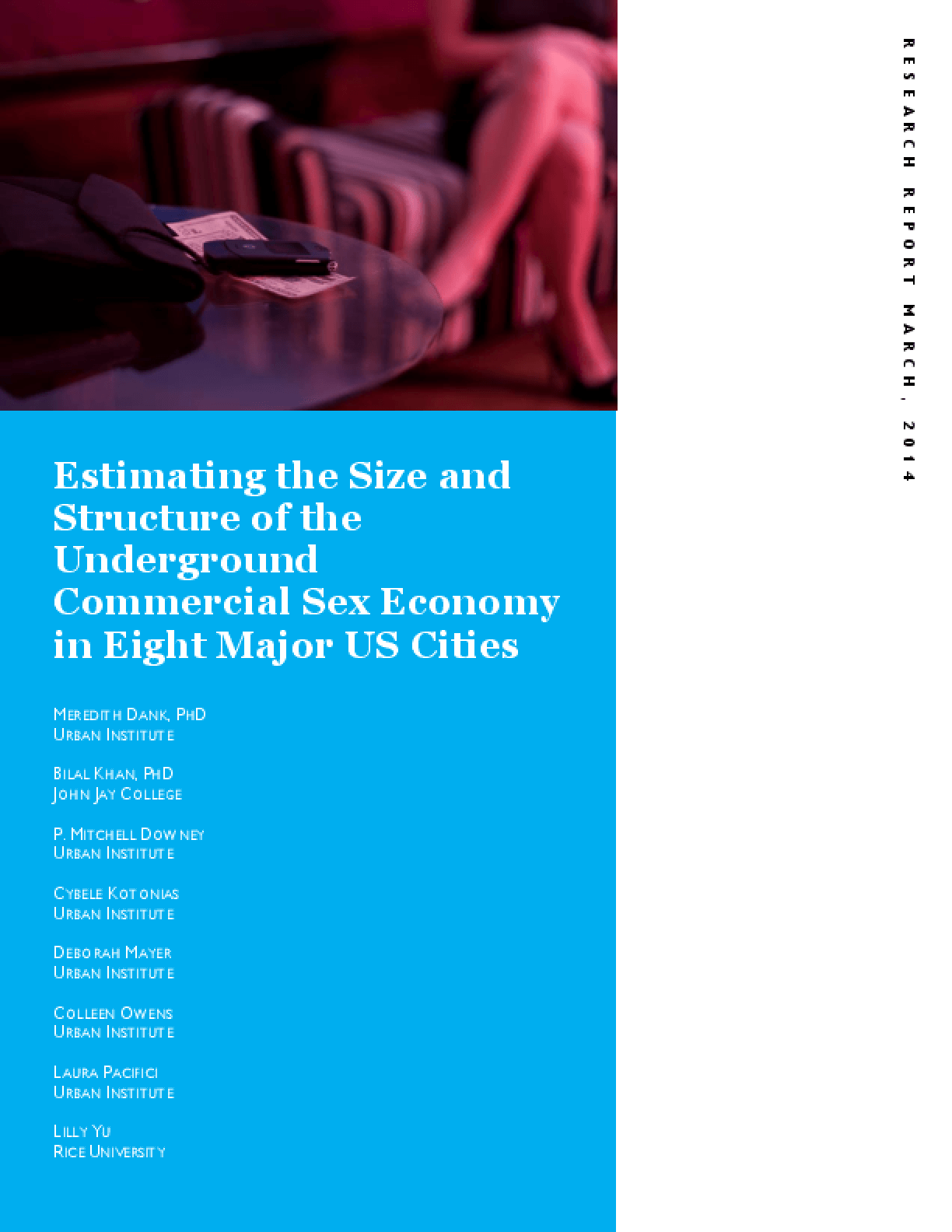