Since the 1990s, there has been considerable research on the histories of the environment and of medicine in India. These studies address wide-ranging issues such as environmental change since pre-colonial times, changing livelihoods, contestations and negotiations between 'Western' and 'Indian' medical practices, the treatment of epidemics, women's health, British colonial medical policies and the history of medical institutions. However, there has been much less research on health and disease among India's Adivasi or 'tribal' population. Similarly, there have been few studies which explore the interaction of environment, health and medical history of people living in the margins.  My research project seeks to address this lacuna and investigates the relationship between environmental change, emerging diseases, and health practices in eastern and central India. Specifically, it concentrates on the Chotanagpur Division and Santal Pargana districts which formed part of the Bengal Presidency under British colonial rule, and which today are incorporated within the Indian state of Jharkhand. Taking a long-term view, the project explores the fluid connection between landscape and health in pre-modern Adivasi society and analyses the interface between indigenous cultural beliefs and the state's medical intervention in colonial and post-colonial India. 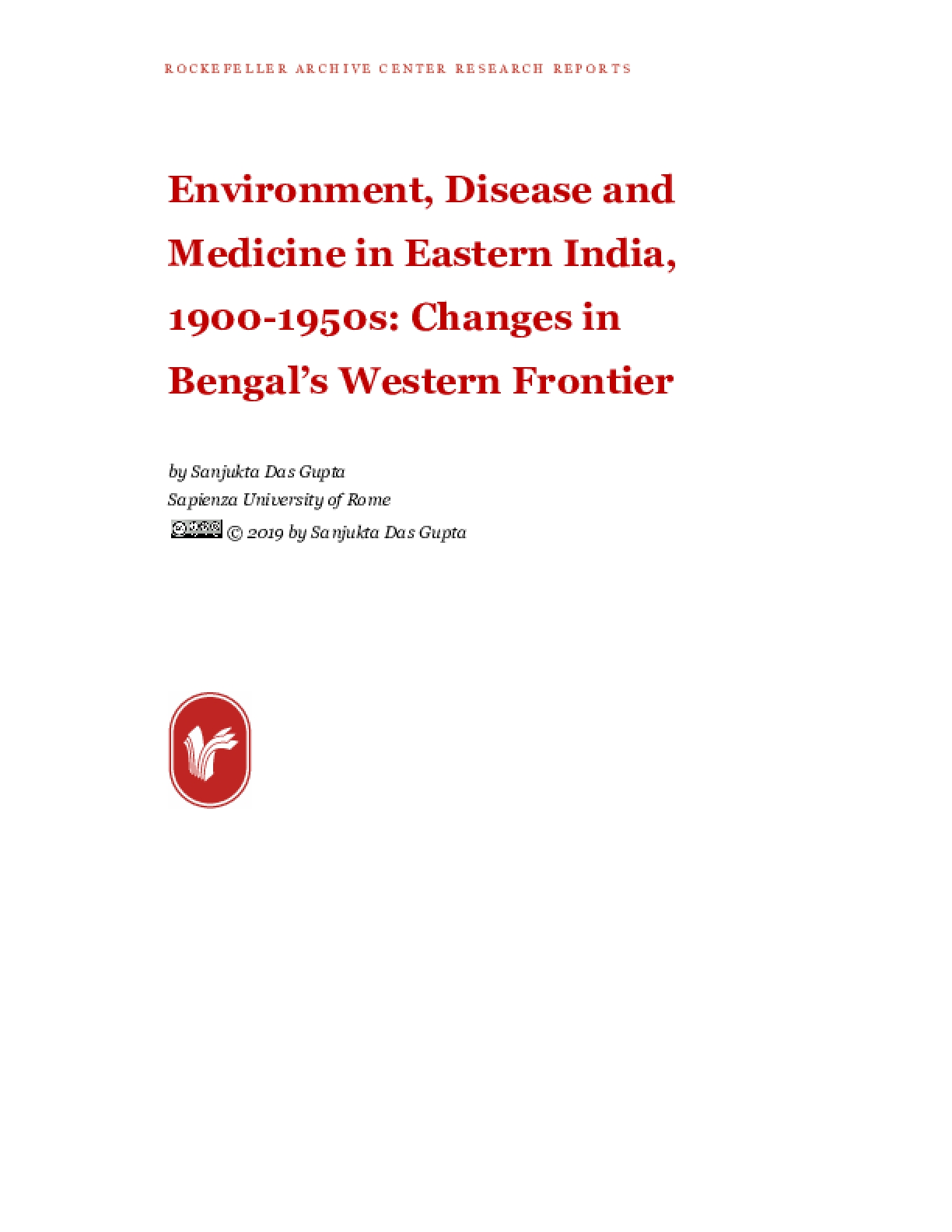