Broadcasting the Gospel of Tolerance: Media, Capitalism, and Religion in Twentieth-Century America

Most histories of religion, media, and capitalism have focused on televangelists or on conservative religious leaders who built their own broadcasting networks. But this is not the entire story. Religious insiders—frequently centrist liberals—did not need to create their own broadcasting networks because their connections with media networks and philanthropists gave them a privileged place in the American mediascape. In this report, I investigate the relationship between the Rockefeller family and religious media. I focus especially on John D. Rockefeller, Jr. and his funding of Riverside Church's Harry Emerson Fosdick and his National Vespers radio program. This report demonstrates the prominence of liberal religious media during the "Golden Age" of radio, and it helps explain how religious liberals navigated the financial dilemmas of producing sustaining programs. 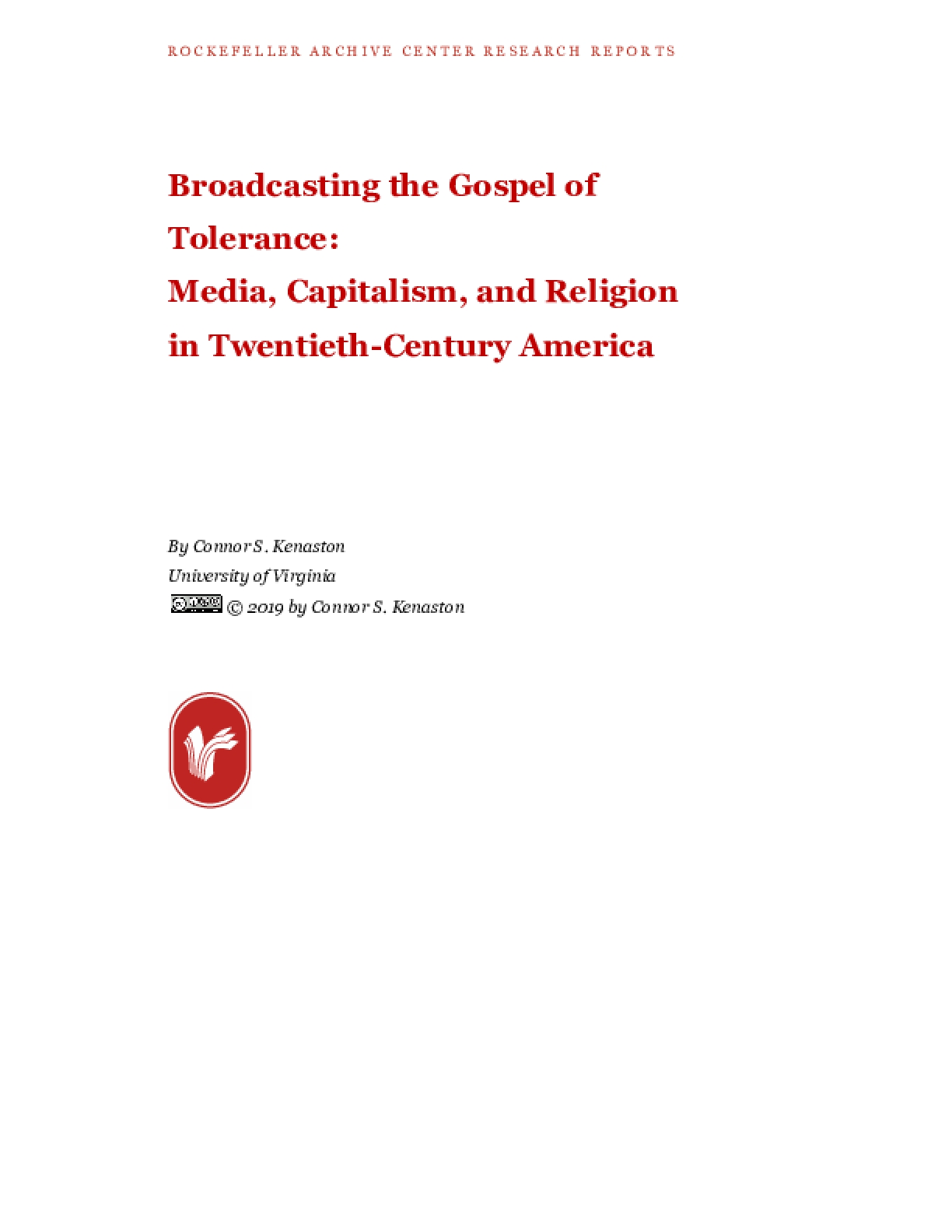