For youth involved in the criminal justice system, a better future depends on improving their social and emotional learning skills -- skills like conflict resolution, career readiness and preparation for the future. An assessment by the Urban Institute shows how the Arts Infusion Initiative helped achieve just that for young people detained in the Cook County Juvenile Temporary Detention Center (JTDC), and for high-risk youth in the Lawndale, Little Village, Back of the Yards and South Shore communities. From 2010 to 2015, this catalytic approach to restoring the peace for Chicago's youth supported 14 nonprofits providing teens with rigorous arts instruction, infused with social and emotional learning goals. Funded by The Chicago Community Trust, the $2.5 million Initiative built collaborations with the Chicago Police Department, Chicago Public Schools, and Northwestern and Loyola Universities. The Urban Institute's mixed-method evaluation (2.9MB), commissioned by the National Guild for Community Arts Education with funding from the Trust, concluded that "the fields of education, juvenile justice and family and youth services can benefit tremendously from the emergent approaches embodied in the Arts Infusion Initiative." Among the successes their research revealed: 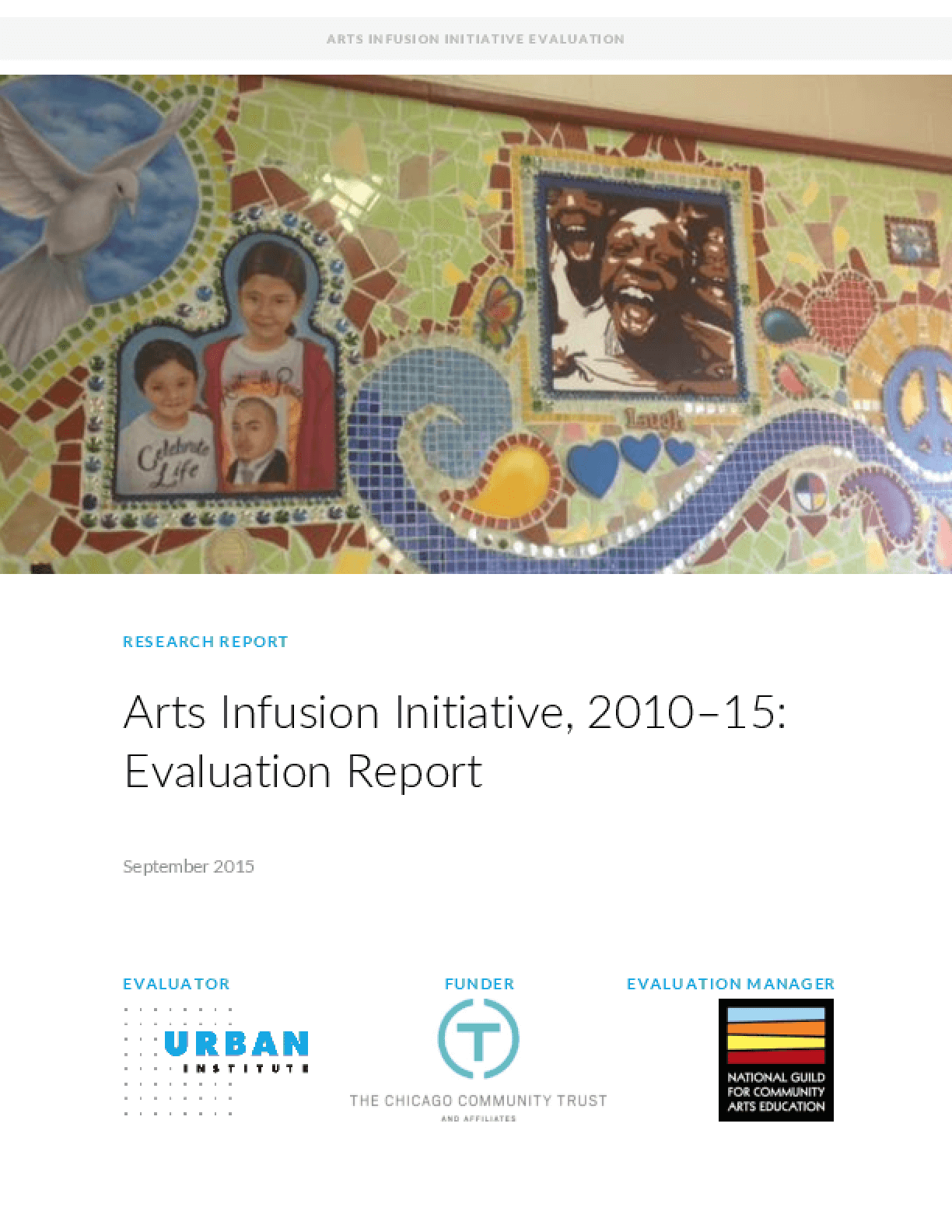